Mr Jyrki Ilmari Koskelo is a Non-Executive Chairman of Invest Solar. Mr Koskelo previously served as Head of M&A and Corporate Development at Atlas Mara Limited, and served as its Head of Strategy. Mr Koskelo served as Co-Chief Executive Officer at ADC African Development Corporation. Mr Koskelo has more than 30 years of experience in Emerging Markets, and gained experience at the International Finance Corporation (IFC), World Bank Group, where he served as Vice President. While at IFC, Mr Koskelo served as Vice President Global until July 2011, where he oversaw an investment portfolio in excess of US$5 billion in emerging markets, covering financial markets, infrastructure, mining, and agriculture, amongst others. He joined IFC in 1987 as an Investment Officer in the African Investment Department and served as its Director of Special Operations since 1999.

Prior to joining IFC, he spent more than 10 years in senior management positions in the private sector. He has been a Member of Supervisory Board at First Investment Bank AD since June 2015 and Expobank CZ since 1 September 2014. He served as a Director of AS Expobank from 6 November 2012 to 31 October 2014. He served as a Non-Executive Director of ABC Holdings Limited until December 2013. He served as a Member of Supervisory Board at ADC African Development Corporation AG (alternative name ADC African Development Corporation GmbH & Co. KgAA) from 8 January 2013 until 28 October 2013. Mr Koskelo holds a Master of Science degree in International Management/Finance from Sloan School of Management/MIT, and a Master of Science degree in Civil Engineering from the Technical University of Helsinki, Finland. 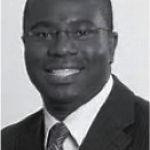 Mr George Manyere is a Co-Founder and Non-Executive Director of Invest Solar. He also founded Brainworks in 2008, where he was its Group CEO from formation until 1 February 2017. During his leadership, Brainworks grew to be recognised as a leading investment and corporate advisory company, with a strong presence in the following sectors in Zimbabwe: (i) financial services; (ii) life insurance; (iii) hotel operations; (iv) real estate; (v) transport logistics; and (vi) advisory services. Since its formation to the time Mr Manyere stepped down as Group CEO, Brainworks grew exponentially in all key metrics, notably the following: (i) 1 200 total staff employees; (ii) revenues of US$48.2 million; (iii) total shareholders’ funds of US$65.4 million and (iv) total assets of US$162.8 million; (v) acquired and controlled 2 listed companies on the Zimbabwe Stock Exchange (African Sun Limited and Dawn Properties Limited); (vi) listed on the Zimbabwe Stock Exchange, a start-up which grew to be the leading consumer lender in Zimbabwe (GetBucks Financial Services Limited); and (vii) successfully closed on approximately US$500 million in corporate advisory deals comprising of both debt and equity.

Prior to founding Brainworks, Mr Manyere was an investment professional with the International Finance Corporation (IFC), headquartered in Washington DC. While at IFC, he was responsible for investing in excess of USD 600 million in sub-Saharan Africa, and managing a portfolio of investments in excess of USD 400 million and represented IFC on several investee company boards. 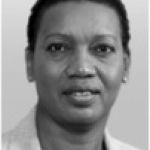 Ms Dudu Garekwe is a Non-Executive Director of Invest Solar Africa. Ms Garekwe has a wealth of experience in development finance, commercial and investment banking services, at senior and executive management positions. She has worked both in Botswana and internationally in The Gambia, Zimbabwe, and short assignments in India and England. Ms Garekwe headed Listing and Trading functions of Botswana Stock Exchange before joining Norsad Finance Ltd, (an impact investor with a focus on the SADC region), as Investment Principal.

Ms Garekwe has been on the board of various institutions in Botswana, either as a member of the main board or a member of board committees – Botswana Post, PEEPA, Botswana Tourism Organisation, CEDA, to mention but a few. 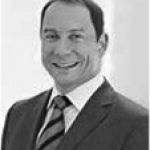 Mr Dirk Harbecke is a Non-Executive Director of Invest Solar. He has more than twenty years of experience as a manager, entrepreneur and investor, with international experience in Africa, China, the Middle East, Europe and the United States. He worked at the Boston Consulting Group, where he planned the establishment of new financial services institutions in Western Europe and the Middle East. Most recently, Mr Harbecke was the founder and CEO of ADC African Development Corporation AG ('ADC'), a German-listed investment company with a strong footprint in the banking industries in Botswana, Mozambique, Tanzania, Zambia, Zimbabwe and Nigeria. In parallel, ADC focused on private equity investments in the emerging sub-Saharan African financial services sector. Under his leadership, ADC became a leading pan-African financial services group and was acquired in August 2014 by Atlas Mara Ltd., a financial services holding company co-founded by former Barclays Chief Executive Officer, Robert Diamond. 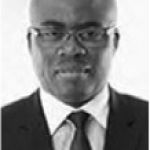 Mr Walter Kambwanji is a Non-Executive Director of Invest Solar. He is a Chartered Accountant (Zimbabwe) and holds a Bachelor of Accounting Science from the University of South Africa and a Postgraduate Diploma in Applied Accounting from the University of Zimbabwe. Mr Kambwanji co-founded Brainworks Zimbabwe and has significant experience in finance and operations in Zimbabwe and internationally. Prior to cofounding Brainworks Zimbabwe in 2009, he was a professional in the finance department of HSBC in London. 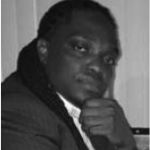 For more information, contact us today. Get in touch